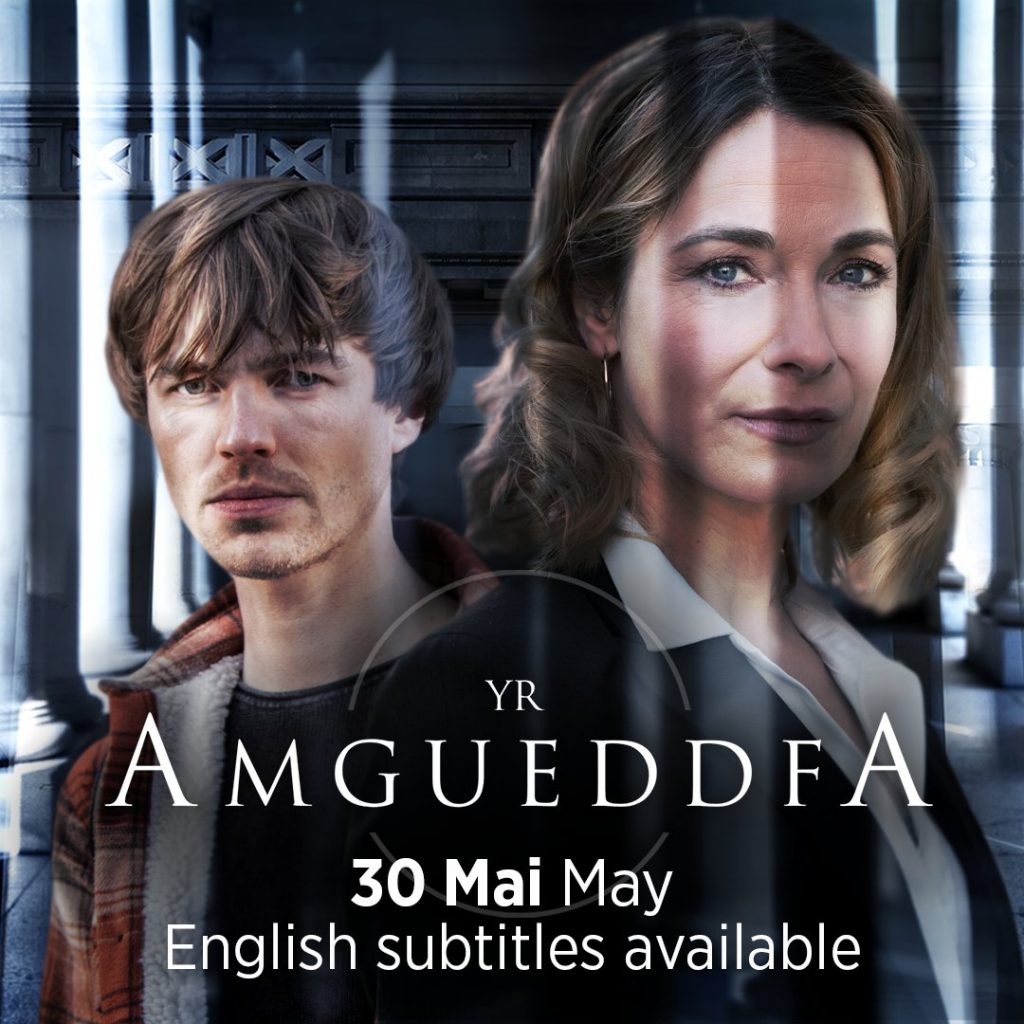 Original new drama Yr Amgueddfa (The Museum), created and written by Fflur Dafydd, begins on S4C and the BBC Iplayer on Sunday, May 30. The drama, based around the National Museum of Wales in Cardiff, will offer viewers a brand-new genre – the art crime thriller – for the first time on the channel.

DELLA HOWELLS (Nia Roberts) is a successful woman – a faithful wife to her husband ALUN (Steffan Rhodri) and a mother to two children DANIEL (Samuel Morgan-Davies) and MAGS (Mared Jarman). She has just accepted the post of director general of the museum and life is good.

On the same night that she is celebrating her new job in a party at the museum, she meets a young man CALEB (Steffan Cennydd), who has come along as the guest of her gay son Daniel. Della is totally entranced by Caleb and falls into a passionate relationship with him.

But Della soon discovers that Caleb has some more sinister reasons for beginning a relationship with her as she becomes embroiled in the dark and dangerous world of art crime.

There are also some new faces in the cast including BAFTA Cymru Breakthrough nominee Steffan Cennydd (The Pembrokeshire Murders, Craith/Hidden, Enid a Lucy), who stars as Caleb, and Samuel Morgan-Davies and Mared Jarman playing Della’s children, Dan and Marged.

Nia Roberts said that she was delighted to be offered the role of Della: “As an actor, when you reach your 40s, it’s really unusual for someone to send you a script where you play the main part. You tend to play the mother, wife or sister. I just think the lives of middle-aged people are really interesting! And it’s so great to play a woman in her late 40s who is strong and complex but also a woman who feels that sex is still a big part of her life.”

Steffan Cennydd is reluctant to say too much about his character Caleb as much of the drama centres on his actions and his mysterious past. He said: “When we first meet Caleb in the early scenes he seems perfectly ordinary but, I think discovering Caleb’s history and what makes him take the decisions he does is the real drama of the series.”

The Museum starts at 9pm, this Sunday, May 30th, with all six episodes available to stream on S4C’s on demand service and the BBC Iplayer with English subtitles.