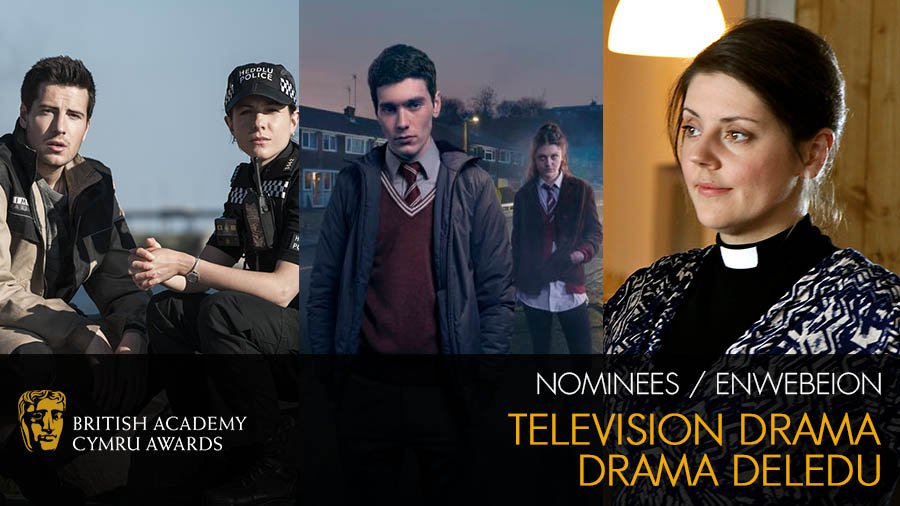 Fflur Dafydd, who is sole creator and writer of all episodes to date, was also nominated in the Best Writer category last year for her feature film Y LLYFRGELL/THE LIBRARY SUICIDES, a film which was nominated in 4 categories in 2017 and won the BAFTA Cymru award for best director.

Series 3 of PARCH aired in March with Carys Eleri reprising her role as a female country vicar forced to face up to her own mortality after she discovers a major brain aneurysm. Ryland Teifi and Wanda Opalinska also starred in the critically acclaimed series, described by TV critic Gareth Williams as “another example of the high quality television drama that is currently being produced in Wales… a drama which weaves romance, mystery, fantasy, and family drama together brilliantly.” 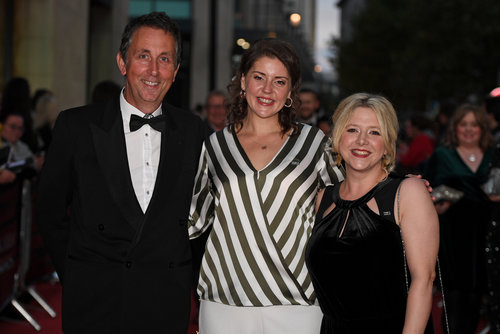 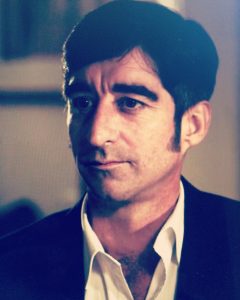 From figments of her imagination and brushes with death, the former Reverend, Myfanwy Elfed’s unusual and exciting life returns to S4C for a third series on Sunday, 4 March.

At the end of the second series we left Myfanwy and her friends as they came to terms with the loss of Mr. Jarman – the church’s cantankerous caretaker, and Myfanwy had distanced herself from her role as a church Reverend and was a Chaplain in the town centre.

As we join Myfanwy, she has further distanced herself from the Church and now hopes to make a real difference on the streets of Treffwrnes by helping the homeless. As well as helping to run a soup kitchen with her new friend, Elain, played by actress Bethan Bevan, Myfanwy is also out on the streets working as a Street Pastor, caring for people who have had too much to drink.
It’s while working as a Street Pastor that Myfanwy meets Rhodri – a homeless and mysterious man played by actor Ryland Teifi.

“Myfanwy tries her best to help Rhodri, but for some reason he rejects her help,” says Carys Eleri, 35, who plays Myfanwy in the drama. It soon becomes obvious that there is more to Rhodri than meets the eye and Myfanwy begins to question whether Rhodri is real or another figment of her imagination. Myf realises before long that her need to help people interferes with the lives of the lives of the people in her town.

“Homelessness is a big theme in this series, and it’s relevant to us all,” says Carys, who is originally from Upper Tumble, Carmarthenshire, but has since settled in Canton near Cardiff city centre, “I really can’t believe how much of an increase there’s been recently in the amount of homeless people in Cardiff – it’s really sad. I hope the new series will inspire our viewers to do what they can to help.”

The homelessness within the series echoes the fact that Myfanwy seems to have lost her way since the discovery of her aneurysm in the first series: she’s increasingly losing her faith and her role as a wife, a mother and a daughter have diminished. “The aneurysm made Myfanwy realise that she needed to live the life she wanted to and to admit her feelings towards Eurig. She also began to actively question her role within the Church and her marriage, something she had probably been doing for a long time before we met her.”

As a consequence, Carys believes we’re now seeing a bolder Myfanwy, one who isn’t as bound by her own politeness, and setting herself on the streets of Treffwrnes to help others shows her determination to do whatever she can to make the world a better place.

And of course, the love triangle between Myfanwy, her estranged husband Terwyn and Eurig, the object of Myfanwy’s affection since the first series, is yet to be resolved. At the end of the second series, Terwyn shocked Myfanwy by saying that he intended to file for divorce. “I can’t give too much gossip away – but I can confirm that in the first episode Myfanwy and Terwyn are still separated,” says Carys. 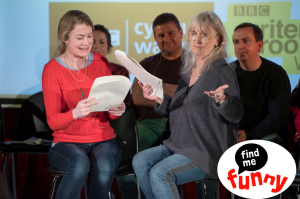 Fflur’s first comedy script ‘The Other Team’, co-written by Huw Davies, has reached the final of Find Me Funny – an opportunity from BBC Cymru Wales to discover the next generation of comedy writers. This scheme will result in up to three new comedy pilots being chosen for BBC One Wales and BBC iPlayer. Just under 350 submissions were received, and eight scripts were chosen and are now being considered by a judging panel, with Fflur’s sitcom ‘The Other Team’ being one of them.

In ‘The Other Team’, set in Trecorryn – a fictionalised version of Newcastle Emlyn – recovering alcoholic Fiona finds love with fellow rugby widow Cerys, but they struggle to break the news to their rugby-obsessed husbands. Fflur’s BAFTA Cymru nominated series Parch also returns to the screen this week, (Sunday, March 4th at 9pm) on S4C and the BBC iPlayer, and she is currently writing the 4th series of BAFTA Cymru winning series 35 Diwrnod, which will air on S4C and the BBC iPlayer in November 2018.